Wow, I can't quite believe we're already halfway into January. But yes...happy belated New Year everyone! I hope you had a great end to 2018 and a wonderful start to 2019 so far. 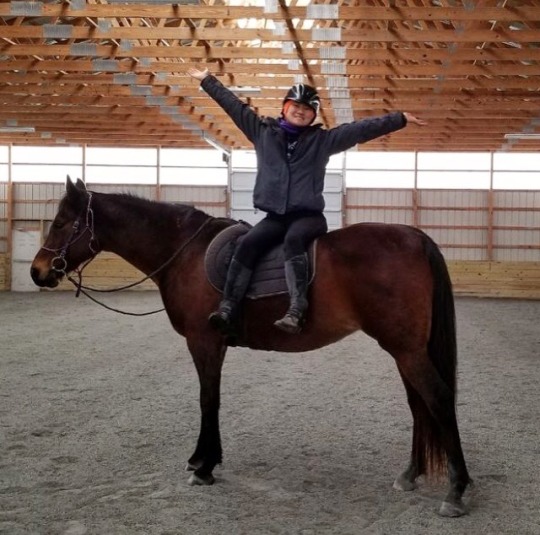 Quest and I are doing well though there have been some big changes at the barn recently. Last weekend, A moved Mel back to the Dust Bowl barn. There were a lot of things that factored into the decision but bottom line A was never quite happy at OF. Also our barn schedules didn't coordinate for us to do as many rides together as we had hoped so Quest and I were solo 90% of the time. Oh well.

With Mel now gone, Quest has been without a pasture mate for the past few days while the barn staff figure out a new arrangement. Hopefully whoever they decide to place with her will be a compatible fit with little to no drama so fingers crossed!

Trail stuff is very limited and we only go out in certain conditions though due to the melting snow or rainfall that freezes right into ice, making the roads EXTREMELY dangerous. In fact, I had to emergency dismount once a few weeks ago when Quest took misstep and started slipping on a hidden patch of ice. She didn't go down and I hopped away quickly to safety. We came out of it totally fine but that was a reminder to exercise more caution.

That being said, the indoor arena has been our usual fare so far this winter and fortunately, it is not all that bad. My goal this season has been collection and better seat communication. We have been chipping at it slowly at our own pace doing simple dressage stuff and fundamentals. Quest is getting the gist of it and looking pretty good for our efforts I daresay. 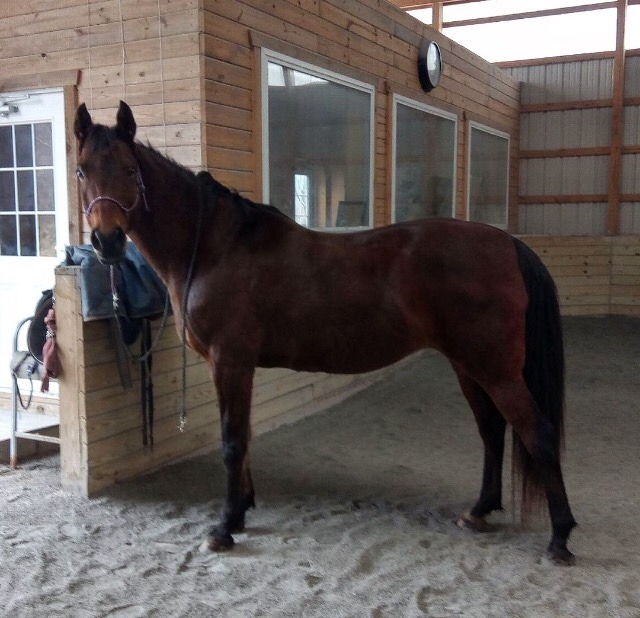 The undersaddle work has seem to transfer to a better relationship out of saddle as well or for whatever reason Quest has been surprisingly more snuggly with me. When I fetch her from pasture, she often leans her head against my arm and just breathes me in. In the arena, she follows me around while I toddle back and forth with a laden manure fork cleaning up after her. It's also good to see that she's maintaining her weight too. The whole lack of pasture-mate thing might set us back due to her running around and worrying but I hope that will be resolved quickly.

As for riding/event plans for 2019, things are VERY much in the air at the moment due to all the big life things that will be taking place this year. W and I are in the throes of wedding planning and also just restarted our efforts in looking for a home together. We'll also be attending 3 of our friends' weddings before ours in July and have several trips to do all before summer happens. Things are chaotic lol but it'll be fun.