It's not quite spring just yet but we did get the smallest of reprieves from the winter weather this past weekend and it was enough to hit the trails. 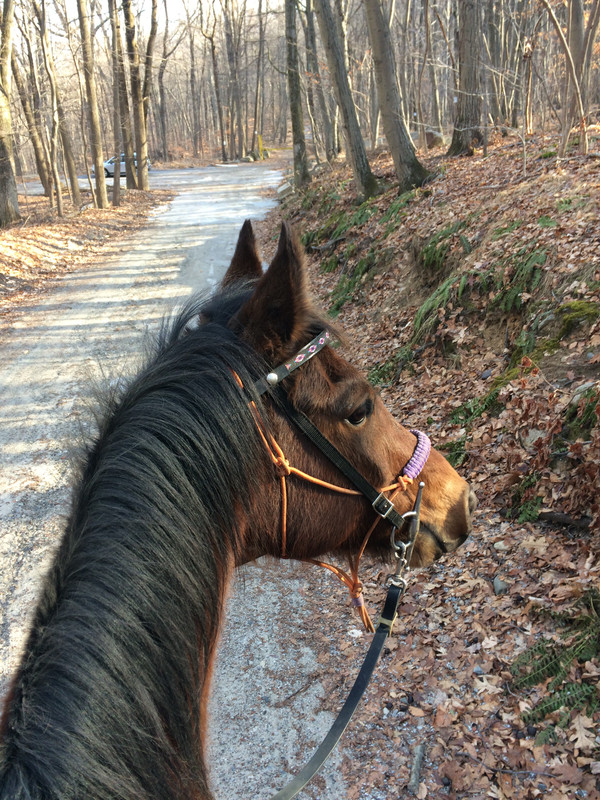 The snow has been stubbornly persisting around the barn thanks to the higher elevation so we stuck to the roadways only for this ride. Quest was feeling great and we moved out at a nice trot wherever the footing was nice. We also did a little bit of cantering as well with two quick hill sprints. It was our first one undersaddle since last year and mareface definitely enjoyed as much as I did. It felt so nice to move out at speed again. I had really missed riding her canter <3

The roads were relatively empty for the most part though the slightly warmer temperatures had mountain bikers coming out of the woodwork and we came across several groups during our trail outing. The majority were super courteous and came to a complete stop to let us by. A few riders didn't stop but each time Quest decided she would nicely stand when we crossed paths. That response was perfectly okay with me since she was totally calm and worry-free.

Despite the big breaks in our riding schedule, I was pleased with how sane the mareface was throughout and on the way home, Quest actually stopped by puddles (muddy ones even) on two occasions and drank deeply. I guess she's finally figuring out this trail horse thing!
Posted by Grace C at 4:21 PM 10 comments:

March really did roar in like a lion. The weather has been extremely uncooperative the past few weeks and rides with the mareface have been sporadic at best. 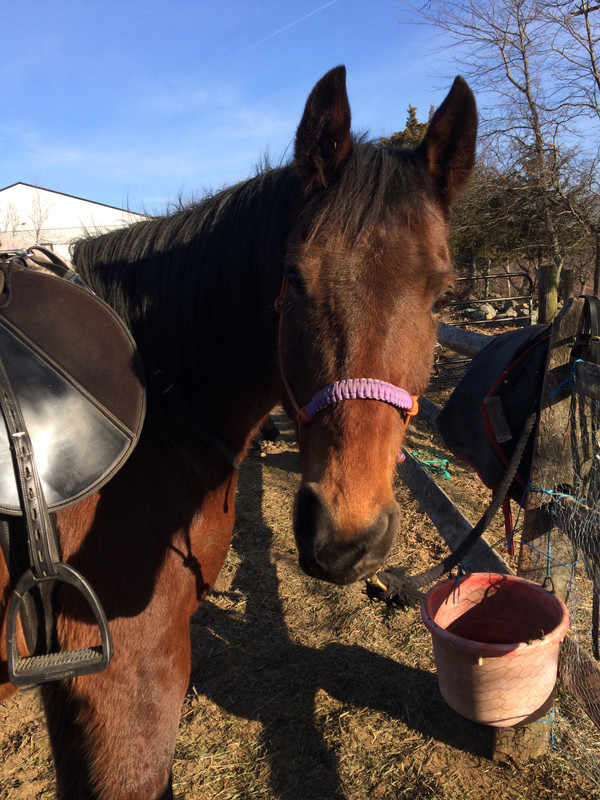 During the arena sessions that I have been able to sneak in, Quest was all over the place movement-wise and it felt like what it looked. To be fair, it has been a quite a few months since we actually tried to do any "real riding" thanks to the weather and time off from the injury. In terms of baseline fitness though, I think we'll be okay. Quest came through the worst of winter with good weight, all rested up, and her feet are doing well. She's still unshod at the moment but I'm planning to get those front shoes back on next month when we'll be hitting the trails in earnest.  As for me, I might be in the best cardio-endurance shape I've been in awhile thanks to the miles I've done at the gym over the past few months. I'm excited to see how I fare running outside- it'll be quite a happy change from the treadmill.

Physically, mareface has proven time and time again that if I train and ride her accordingly as the terrain dictates, she can physically handle whatever is thrown at her. Mentally though, I feel like we are stuck in the never-ending and infamous "two steps forward and one back" dance. There are improvements to be sure but progress just feels painfully slow and when she decides to liven up a mundane trail ride by engaging her jigging hellbeast mode. The latter will be solved by on-trail training with trail partners but most horses at our barn literally can't keep up with Quest. She walks so fast and briskly that we leave everyone in the dust after a few steps. I've found ways of dealing with the behavior though but we need those miles. Once the temperatures and trail conditions improve, we'll be back at it in full force.

Crossing every digit for favorable trail riding weather soon because cabin fever is hitting me hard. 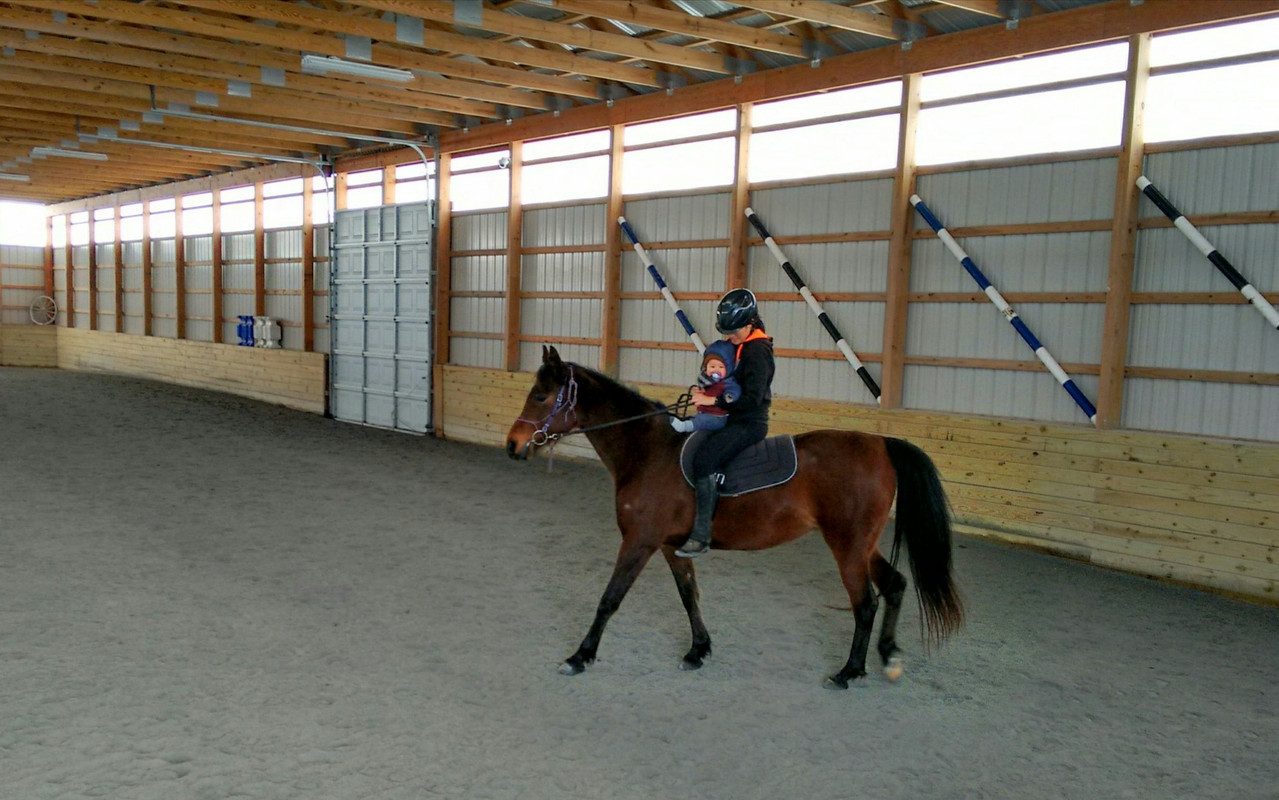 We ended up also walking a few circles in the front third of the indoor and Quest was perfect. She was so tolerant and patient the entire time with T; even when he grabbed her nose, she just snorted and gently moved her head out of his reach. No fuss, no drama.