I've been nonstop busy (life-wise) but horse time has been limited due to ice and dust...LOTS of it, hence the lack of super interesting things to write about.

Quest and I have getting in rides when we can though mostly focusing on groundwork and desensitizing. Let me tell you, plastic bags- all sorts of fun for the mareface. She is progressing really well with the endurance oriented stuff too. I've been flipping her lip/pressing gums, palpating her back/rump, picking up & moving her tail around, running my hands over her legs, dropping her head on cue, trotting in hand. No problem thus far so the real question is how she does with it all outside of the arena. Knowing her, I'm anticipating a bit of angst at first but small steps should do the trick. Start outside the barn, then upper arena, then on the trail last. Then do it all over again with someone else handling her.

So about that dust. I know plenty of people give their horses the winter off but I do feel sluggish and antsy when I haven't been in the saddle for awhile. Whenever we do ride though, I can barely breathe. The indoor section footing is pretty much dirt so when you do anything more than walk it creates a dust storm that creates a thick fog/haze/shroud in the air making it difficult to breathe without coughing or gagging. No watering because it’ll just turn into ice later. I've been wearing a bandana which has helped but I still breathe in a ton of dust. Ask me how I know, ugh. The most annoying part is everyone knows that getting better footing for the winter is out of the question. I'm finding out pretty quickly that the BO doesn't really prioritize upkeep at this barn when the bigger and fancier barn across the street makes the big bucks and gets all the nice things.

I got dinner last night with a couple of friends from the barn after riding- subjects discussed namely revolved around horses (obviously), trainers, etc. One of them asked me if I was planning to continue with boarding. Funny that she asked. It's honestly something I have been thinking about a lot more lately mainly because I really want to give this endurance thing a try. In order to do that we need to get out on the trails more and currently, we are very limited by where we can go without resorting to trailering.

Getting my own rig is still quite a few years away so I've been tentatively looking at options. I've found someone who does endurance and offers pasture boarding on her farm. Pasture boarding is better for endurance horses in general and it's easier on the wallet. Best of all, the barn is a 10-minute hack away from a 35+ mile trail system. The owner and her daughter are well known in the endurance community with horses that compete and complete sound with top 10s and BCs so there is a wealth of knowledge and I'll have great mentors guiding me along.

So what's the downside? The barn is nearly an hour away from me, so a two hour round trip. I work normal full time hours and it's usually 6pm by the time I'm home and changed for the barn. It'll be pretty much impossible for me to do that drive during the week and still have daylight/time to ride. True, I'm probably spoiled with my current 20-25 minute commute now and being able to work with her 3-4 times a week. There is the slightest possibility that I might move closer out in that direction; it'll be further from work but I'm fine with that compromise if it means being closer to the horse. So I guess the question is how far is too far?
Posted by Grace C at 2:35 PM 4 comments:

Email ThisBlogThis!Share to TwitterShare to FacebookShare to Pinterest
Labels: endurance, food for thought

Without my horse, my house would be clean and my wallet would be full...but my heart would be empty. 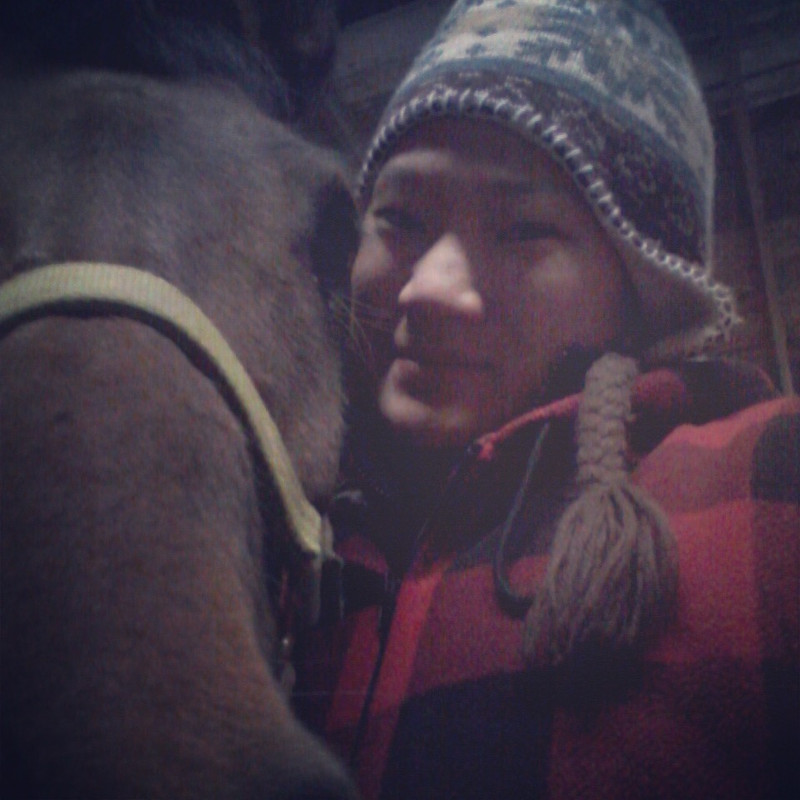