Inspired by Emma over at 'Fraidy Cat Eventing, here's a brief recap of my 2014....which was quite action-packed, to say the least.

Jan/Feb: Rode through the winter with lessons at SHS. They didn't have an indoor ring or covered area- I was freezing all the time. Thanks, polar vortex. I met Rori around the end of January, rode her 2-3 times before deciding to officially lease her starting in February. 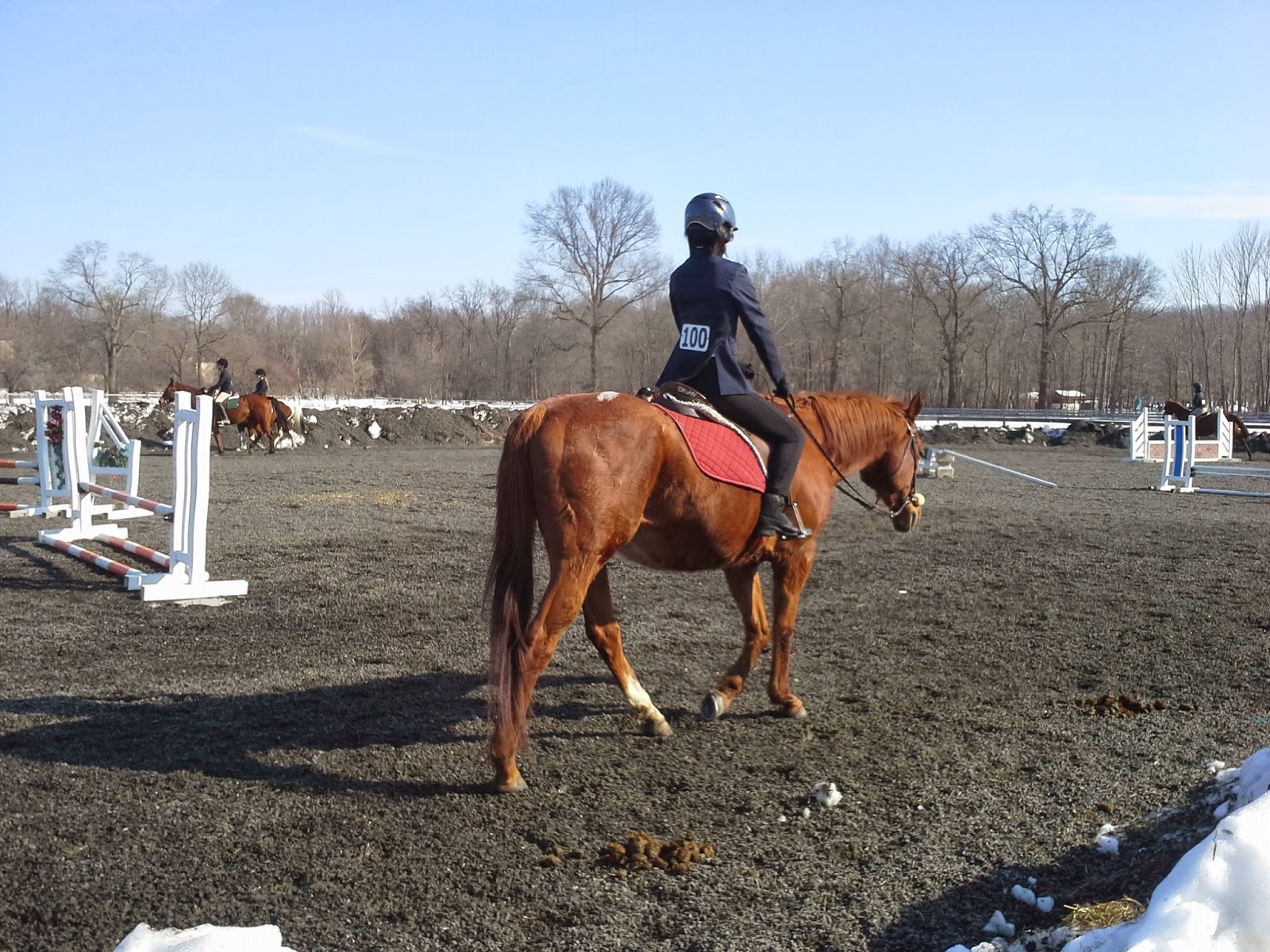 May/June: Got to go to my first hunter pace with Rori- it was TONS of fun and I realized a few things about myself: I love trail riding, I love going fast, and I enjoy being competitive. Hmm, did someone say endurance? In June, I decided to end my lease with Rori for a number of reasons. I'll get into the details one day but it's something that still causes a lot of heartache. 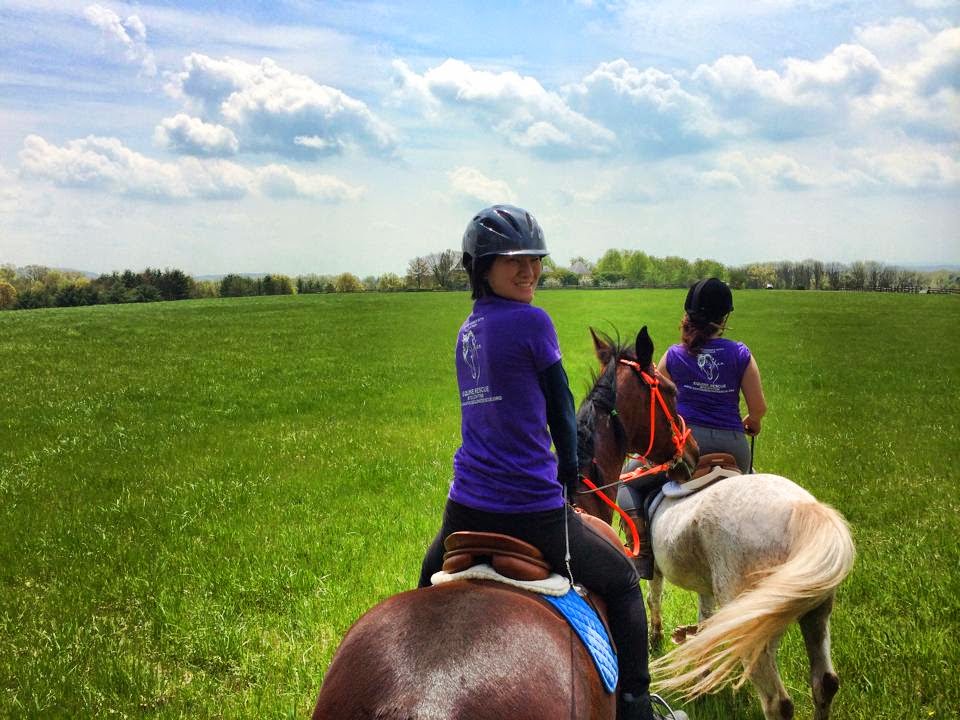 July/August: I started lessons at EEC in July and realized very quickly that only getting to ride 1-2 times a week really sucked. I start shopping for horses to do endurance and look into several prospects. One night in August, this pretty girl caught my eye. I don't think I'll ever be able to put into words how I "knew" she'd be the one but the next morning, I made her mine.

Sept/Oct: Quest arrives home Sept 16 after three weeks in quarantine. After a month of groundwork review and lunging, we go for our first ride together in the arena on October 8; two weeks later we hit the trails. 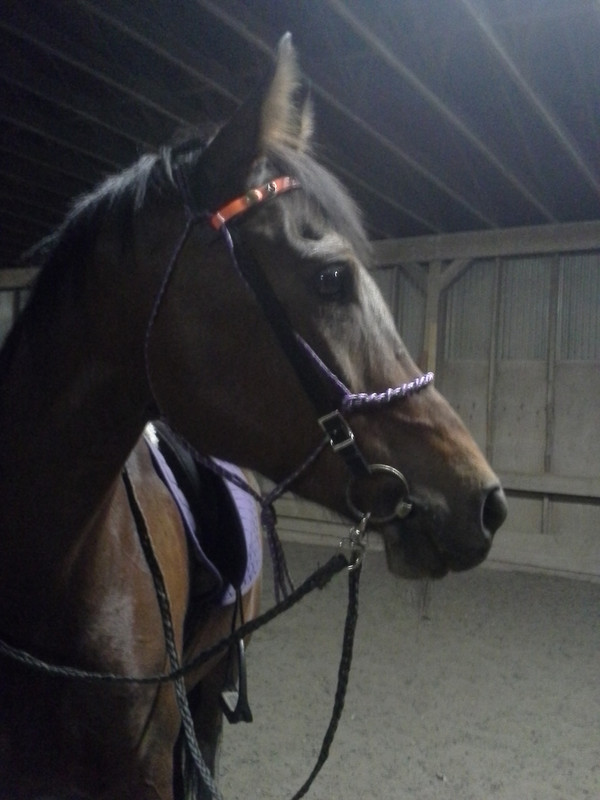 Last night's rough plan was to do a couple of the early exercises from the 101 Jumping book after lunging and groundwork. J and Nutmeg were already in the arena so being limited on space, we did the best we could. The early patterns in the book have a heavy focus on flat work with a ground pole or two thrown in. I appreciate the focus on good flat work, and while the patterns are incredibly simple they demand that a lot of the foundations be in place. While we nailed going over the pole at a steady pace at walk and trot, we need to work on getting our circles even more round. To help with that, I'm going to place a cone in the center so I have something to visually orient ourselves at first while we practice.

After patterns, I did a couple laps of cantering with Quest. J had been watching us for awhile and gushed over how comfortable she looked. I grinned and said, "You can hop on her if you'd like." "CAN I REALLY?" I got off and handed the reins over. I stood in the center with Nutmeg while I watched J work with my horse. J has taught lessons for years and she helped owned a horse ranch trail ride business at one point in her life. I knew Quest would be in good hands. I watched J put Quest through her paces- transitions, walk, trot, canter, circles, etc. It was interesting to see how my mare responded with someone different on board.

J had a huge grin on her face at the end and I was so happy to have someone else enjoy her as much as I did. She also gave me a couple pointers to think about:
I got back on one more after J hopped off to give her suggestions a try and while work is needed, I could start to feel a difference. The issue is not ignorance, it is consistency. I'm happy that I've been learning as fast as I have been but last night was a good reminder that I can't get complacent. I'm going to take these suggestions to heart and work on them during the winter on my own. Once the weather gets nicer, we're going to sign up for those lessons! Having a trainer on the ground will help us tremendously; it's the least I can do by becoming a better educated and fair rider.
Posted by Grace C at 9:45 AM 8 comments:

I didn't have a ton of time last night after trimming for a proper ride so we tried something new- free jumping!

I set up a simple half jump using a block and lunged Quest over it without a leadline. After a few false starts and dodging, she caught onto the game and away she soared.

I was half expecting a bit more fumbling and figuring out on her part but Quest looked like a natural for her first time. Her movement was fluid, efficient; she was not afraid and moved boldly with ears perked. We approached it at both a trot and canter. She kept a good pace before and after. It was really good for me to learn how to keep myself a little behind her drive line to move her forward while at the same time keeping just enough pressure on to keep her out to the jump. After about 17 minutes of trotting, cantering, and direction changes, she was huffing and puffing away so we winded down and finished the night with some handwalking (while reviewing some groundwork) to cool down and catch her breath., which she did 6 minutes later.

All in all, I'm thrilled with how she did and more importantly she looked like she enjoyed it. There was no ear pinning, tail swishing, or anything adverse that would suggest otherwise. I think doing some jumping with her is a very real possibility.
Posted by Grace C at 5:30 PM 8 comments:

November In Review:
December Goals:
Anticipating colder weather and limited arena space to work with, a lot of this month's goals are smaller in "scale" but still important.