I went up to Vermont to attend my commencement (Masters degree!!) this past Saturday so I haven't been able to ride since our 5 mile trail ride on Thursday. I was positively itching to get back in the saddle yesterday. My friend A came to hang out and tagged along on foot. The goal of the ride was to find/explore a new trail that I half-attempted to look for the last time. We found it this time around and did about 1/3 of it. Rori's owner has never done these trails with her either so it was 100% new to both of us. Most of it was uphill. There were a couple of spots where she took pause but moved on willingly with encouragement. She really tries so much for me <3

Rori's canter is getting much better too. She's a lot more willing to do it on the trail than in the arena but we've gotten a few steps in from time to time. There's two sections of the trail great for trot/canter and those parts I usually let her stretch out into her race trot and encourage a canter. The last time we were on that stretch I'm pretty sure we got did a hand gallop haha It was much faster than any canter I've ridden before and we got up to like 15mph. It was amazing. So fun I had to turn around on the trail and do it again, obliging my shameless need for speed. 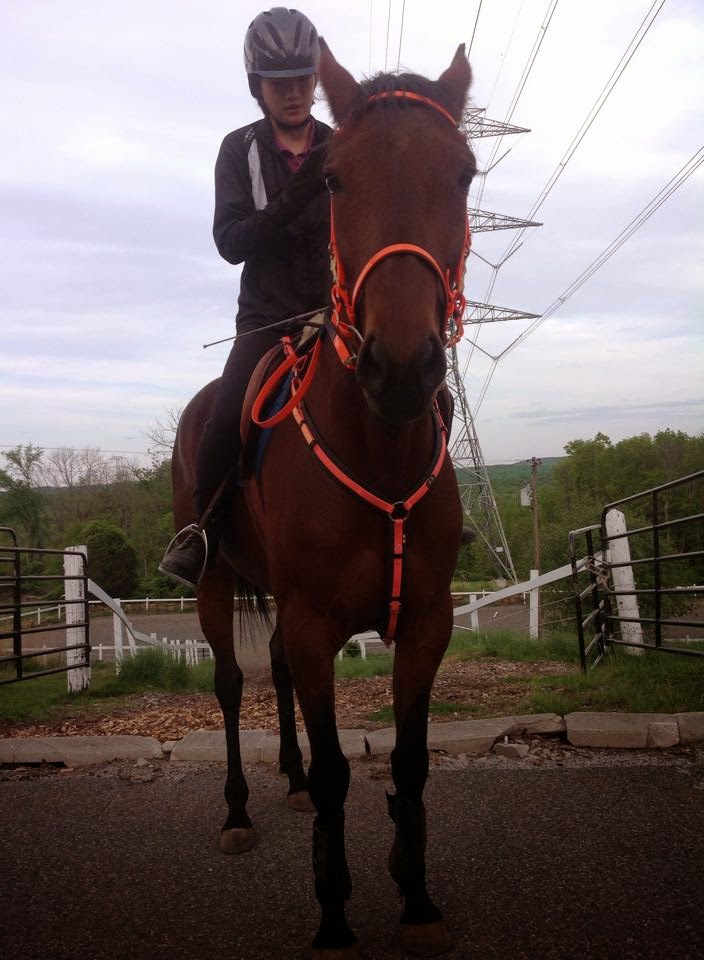 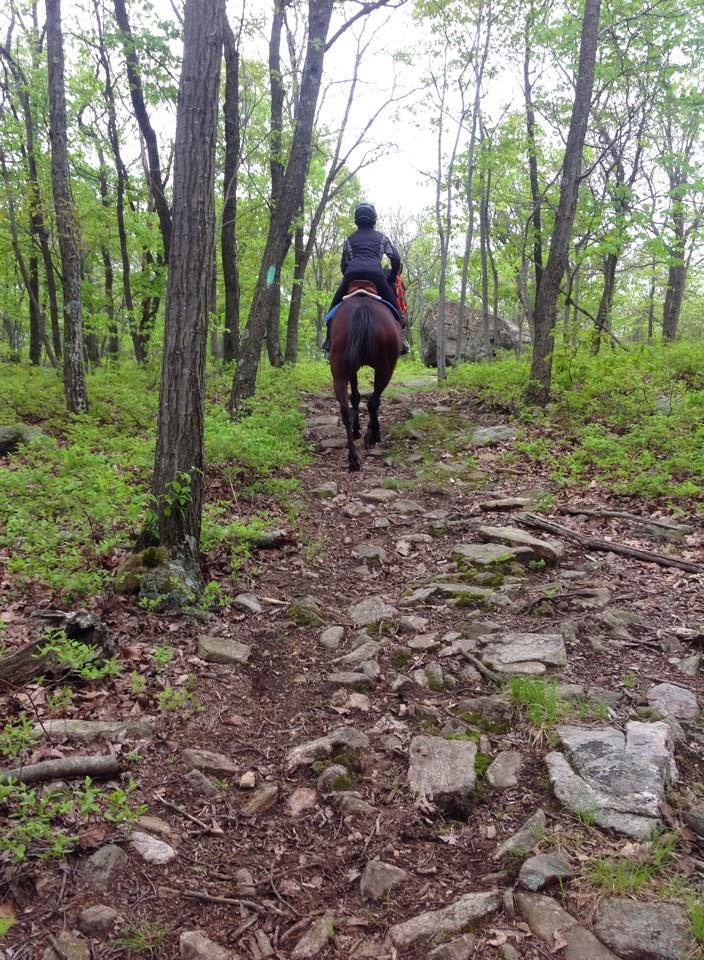 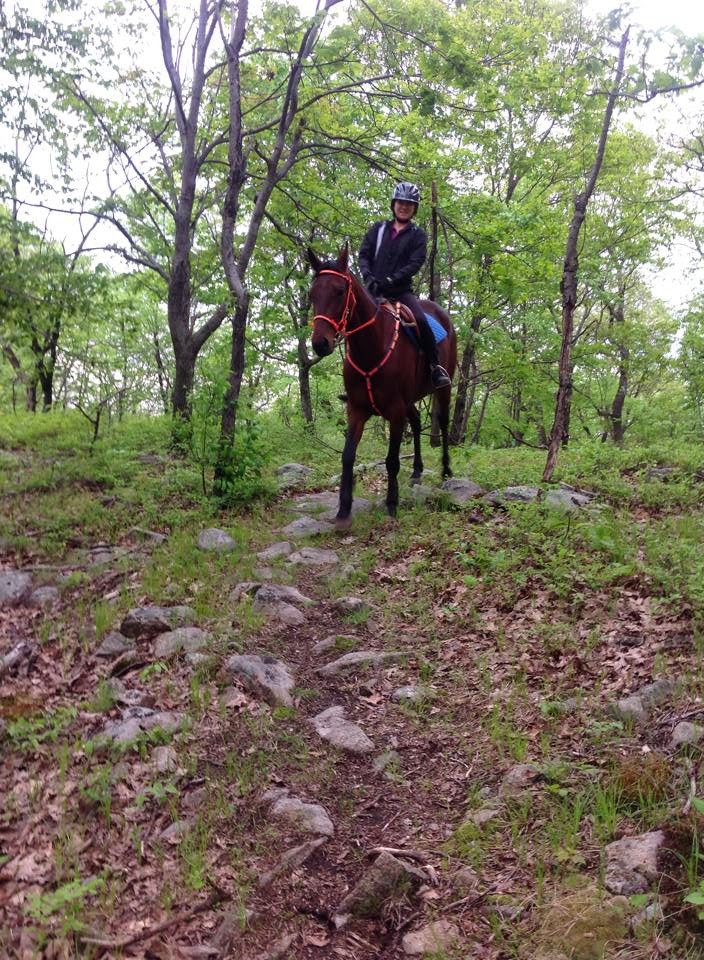 After much talking and planning, Rori and I finally did our first hunter pace together!

The morning of the hunt pace, I arrived at the barn early to get Rori ready and pack our things. She was a dried muddy mess when I fetched her from pasture so it was a good thing I factored in extra time. After I got the mare all cleaned up I headed to the main barn where H was getting her mare Penny ready.

C texted us that she was having issues with the trailer and finally arrived...after 2 hours. Rori loaded up with no problems and while Penny took a bit longer, she soon hopped on as well. We packed in the rest of our tack and hit the road. After about 50 minutes, we pulled into the lot and made it JUST in time to the tables to register as one of the last teams heading out. We hustled back to the trailer to unloaded the horses and got them tacked up. Rori was totally chill throughout the entire process and I was soon all mounted up. With H and Penny in tow, we headed over the the starters and waited for our turn. One of the ladies saw the bright orange biothane bridle on Rori and asked if I did endurance. I grinned, "That's the goal!"

We were given the go ahead and started down the trails at a walk with C on foot. Both mares were doing well, but H was still nervous that Penny would act up so we took it very slow.

After about a half mile, C told H and me to continue on and turned off the main path walking toward a barn. I was totally confused until H told me that she was going to borrow a friend's horse for the ride. Hmm okay....

H and I ended up waiting for C to join us with her pony and we set off, for real this time. The pace had two trail options: a shorter 6-mile and longer 8-mile. My group did not want to go fast nor did they want to ride the longer trail. I think this is the moment that I realized that I needed more speed and distance. (Hello endurance riding!)

I brought along my GoPro and it was my first using it for an event and on a longer ride. I got some good video but didn't capture the two most exciting moments. First, C's pony decided that it would be fun to suddenly bolt across an open field. H and I halted and waited for C to regain control and trot back to us. Neither rider or equine were worse for the wear so we continued on. The next exciting thing to happen was Rori and I tripping and almost falling flat on our faces. The trail opened up in one section and we were riding 3 abreast trotting along. H's mare Penny pick up a canter first and our horses quickly followed suite. Suddenly Rori's head disappeared from under me and I felt her stumble for an instant. I somehow held on and managed not to fall off while she regained her balance and continued to canter- Apparently it was quite a save and I really wished I had it on video!

Much too soon, the ride came to an end. We were among the last teams to return back to the trailers. It was extremely humid out and Rori was totally lathered in sweat. I quickly untacked and I went to find water but there was none to be found...Apparently the volunteers already dumped out all the water troughs and started clearing the site up. I felt really bad and stuffed her with carrots instead. 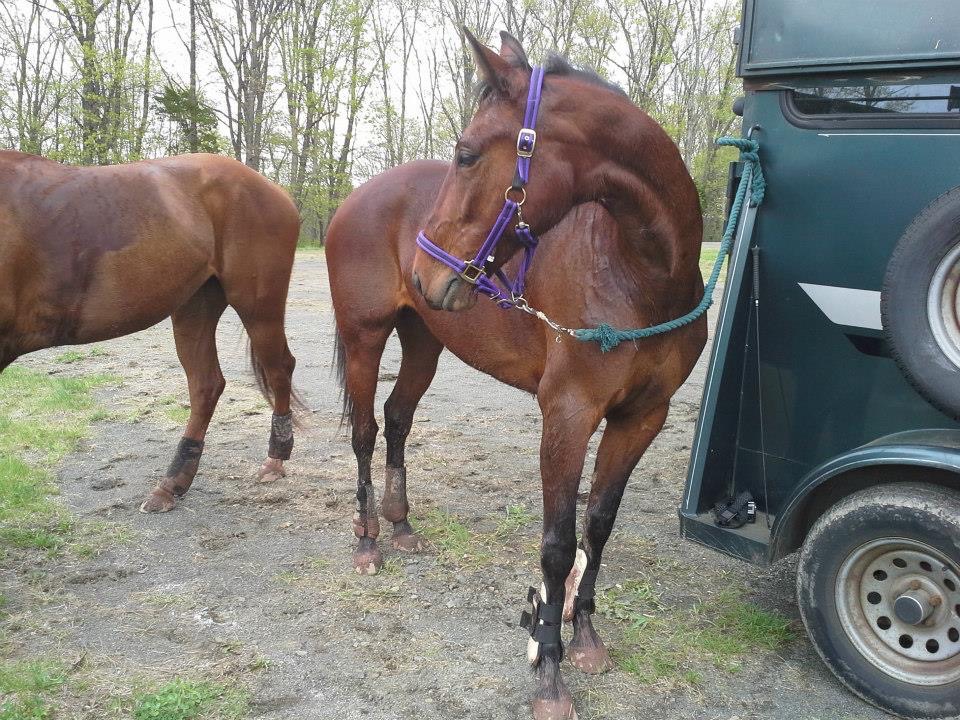 When it came time to load up, Rori got right on no problem. H's horse Penny however was having none of it. It took a literal village to get her loaded and we finally hit the road almost 30 minutes later. We all arrived back at the barn safe and sound though. Rori got her water and a nice roll in the mud.

All in all, it was a great time. Rori was fantastic. It was my first time riding that far and that long but I had a blast! It was so much fun trail riding in a more competitive setting and moving at speed. Little did I know this was the start of something new.