I was blessed with the opportunity to take a riding vacation in Los Angeles this year. This was my first real vacation in a very long time- It was good to indulge and escape life for a few days but more importantly, the time and distance away gave me fresh (and very necessary) perspective on things for the future I have planned for Quest and me. 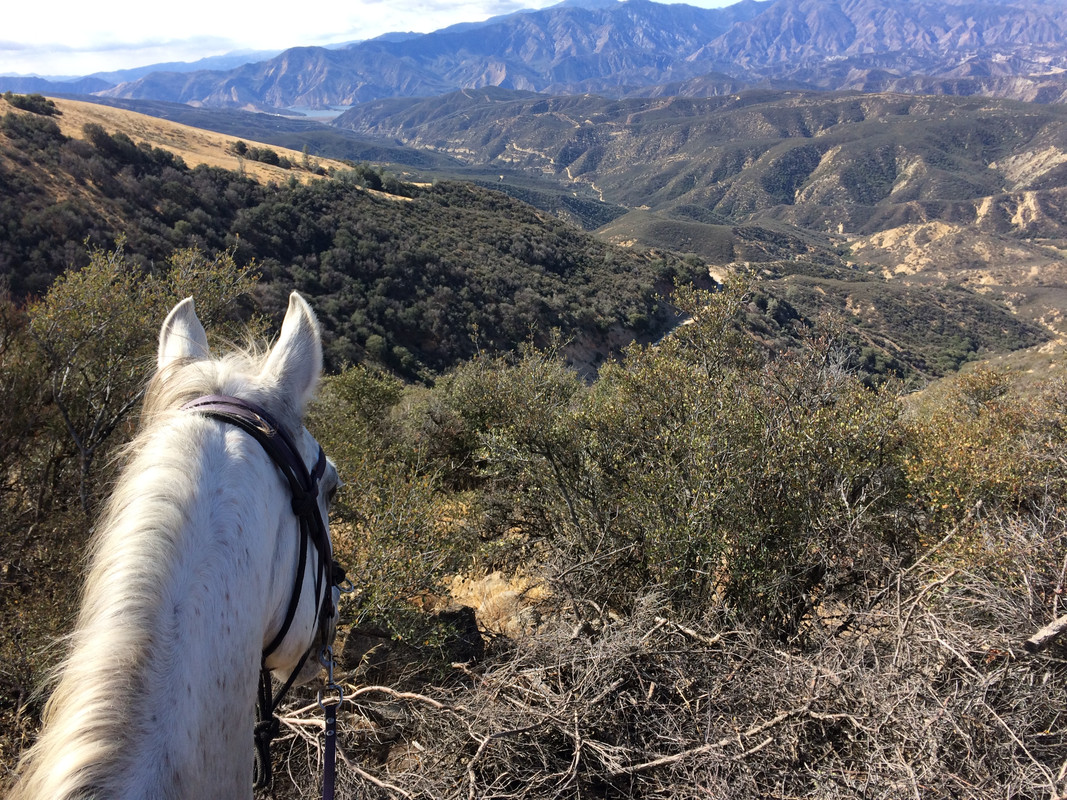 Because of the time and travel distance, I opted to do this trip solo. My host, D, picked me up from LAX after I landed and after grabbing a quick breakfast, we headed north to her ranch where I would spend the next two days. The drive was long but pleasantly filled with great conversation. D and I talked about horses and endurance riding pretty much non-stop! Her and her daughters are active AERC competitors in the PS Region and with years of competition experience under her belt, D was a wellspring of knowledge and advice.

After arriving at the ranch and getting settled into my room, I changed into my riding clothes and headed out to the barn where D introduced me to my partner, a lovely 11-year old Polish Arabian gelding named Estaire JCA. 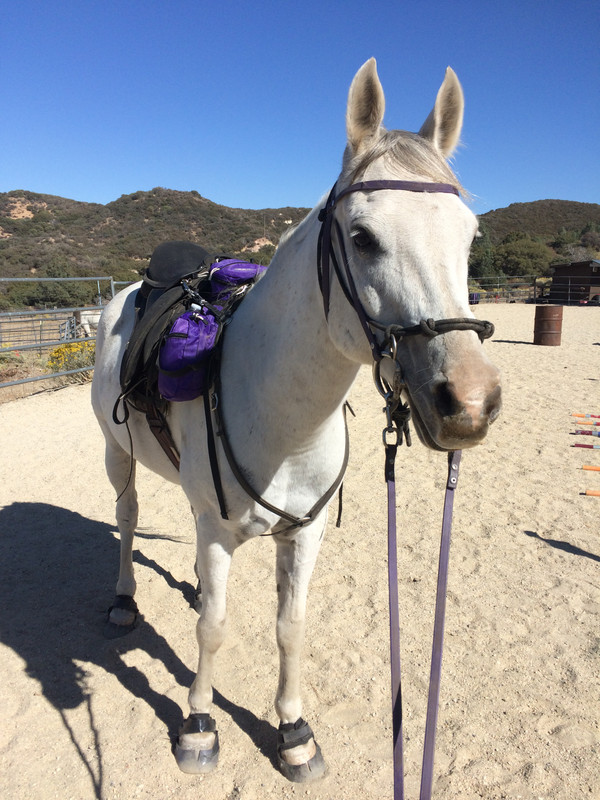 We headed into the arena first for D to show me a few things and do a final tack check before we hit the trails for my first day of riding.

The terrain was completely different from anything I have yet to experience. The footing was mostly sand of various degrees of compaction with some rocks here and there which isn’t anything too exciting. But those sudden and steep elevation gains though...wow. The first section of the ride had a LOT of climbing and at points it felt like we were going straight up the side of the mountain, even with the help of trail switchbacks. Then there was the foliage which featured a lot of dense brush and low hanging trees with some pretty gnarly branches.  A lot of dodging, weaving, and ducking was required- no chance of daydreaming here!

I was grateful that Estaire was super honest and surefooted. There were a few areas were the trail narrowed to a thin ledge weaving around the side of a mountain and he never once missed a step. We did about 8-9 miles on the first day before heading back to the ranch. I showered, had dinner, and was asleep the instant my head hit the pillow. 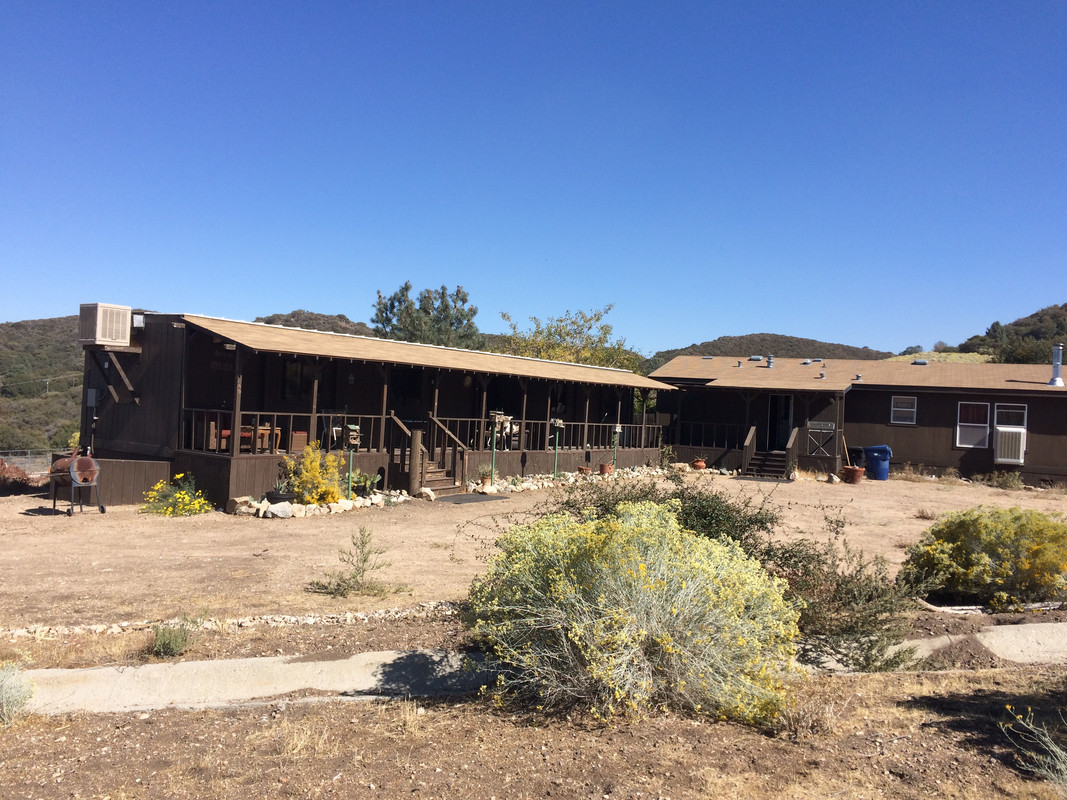 The next morning’s ride started at 8AM and we were joined by two of D’s daughters Is and B. The majority of the trail covered that day was done on the Pacific Crest Trail which is used by a lot of endurance riders in the area to train for the Tevis Cup. We also came across a handful of hikers who get mad props and respect from me- If riding the trail was tough, to hike it on foot is a whole other thing! 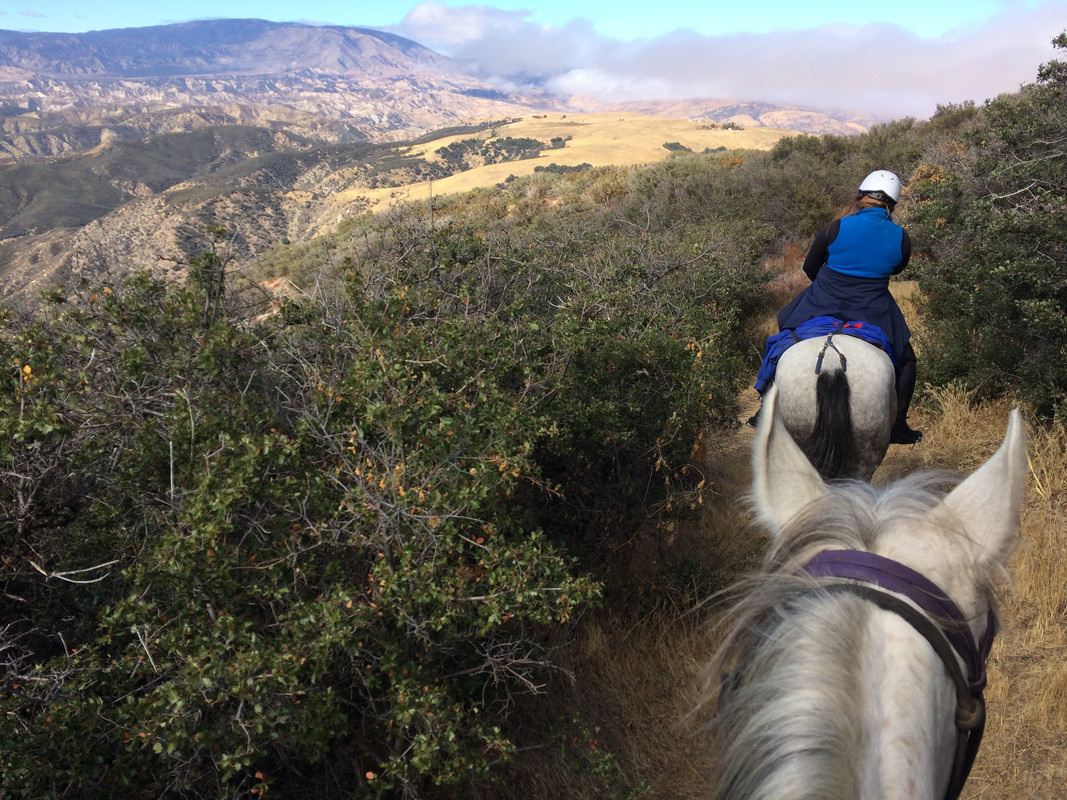 Our group of four had a great time together and got in about 16 miles. After the ride, we got a delicious lunch at a local hole-in-the-wall restaurant/bar/inn. Not surprisingly, we talked more about horses and endurance and at D’s prompting, I shared a picture of Quest with everyone. D took one look and instantly said to me, “You have an endurance horse right there- with training and conditioning, she will take you anywhere.” I couldn’t help but smile with happiness.

After food, we headed back to the ranch where I finished packing up my things and D drove me back to the city. As with the drive over, we talked the entire way but however this time it was a different kind of talk. I confided that the series of setbacks Quest and I went through had caused me to question if I had what it takes to get her ready. It was even more discouraging when my efforts to find a local AERC mentor fell on deaf ears and when I asked a local endurance rider for assistance, I was told “No hitchhikers allowed”.

D was aghast and angry for me. And she then proceeded to give me a kick in the butt lol In so many words, she said I needed to get out of my own head and trust myself that I have what it takes to start competing when Quest was ready. Her words were not unkind at all but the meaning was very clear: Setbacks happen to everyone. I shouldn't allow that or what other people say or think prevent me from enjoying a sport that I clearly want to participate in and obviously have an affinity for. 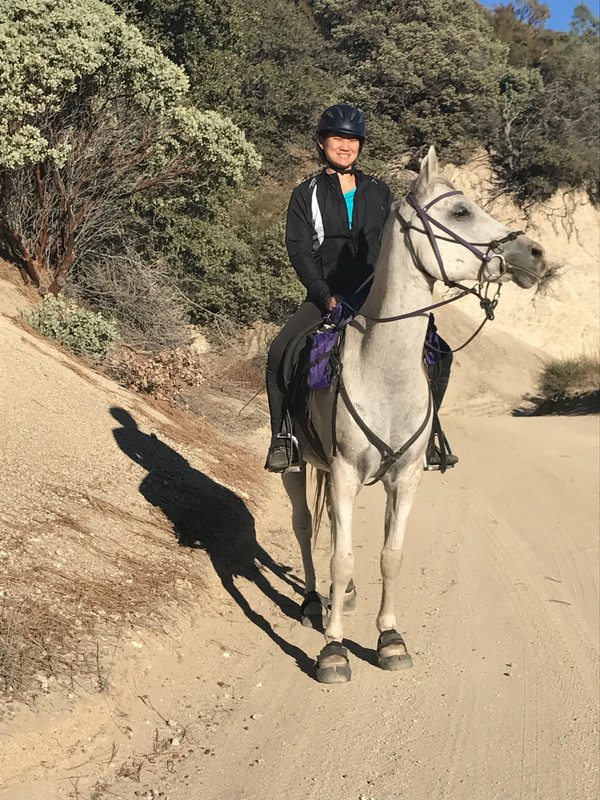 It was tough love but it was something I really needed to hear as I start to put together our game plan for the future. We’re still on this road together and we are not giving up anytime soon.
Posted by Grace C at 4:28 PM 3 comments: